‘When Will It Be Tomorrow‘ by Sylvia Plachy 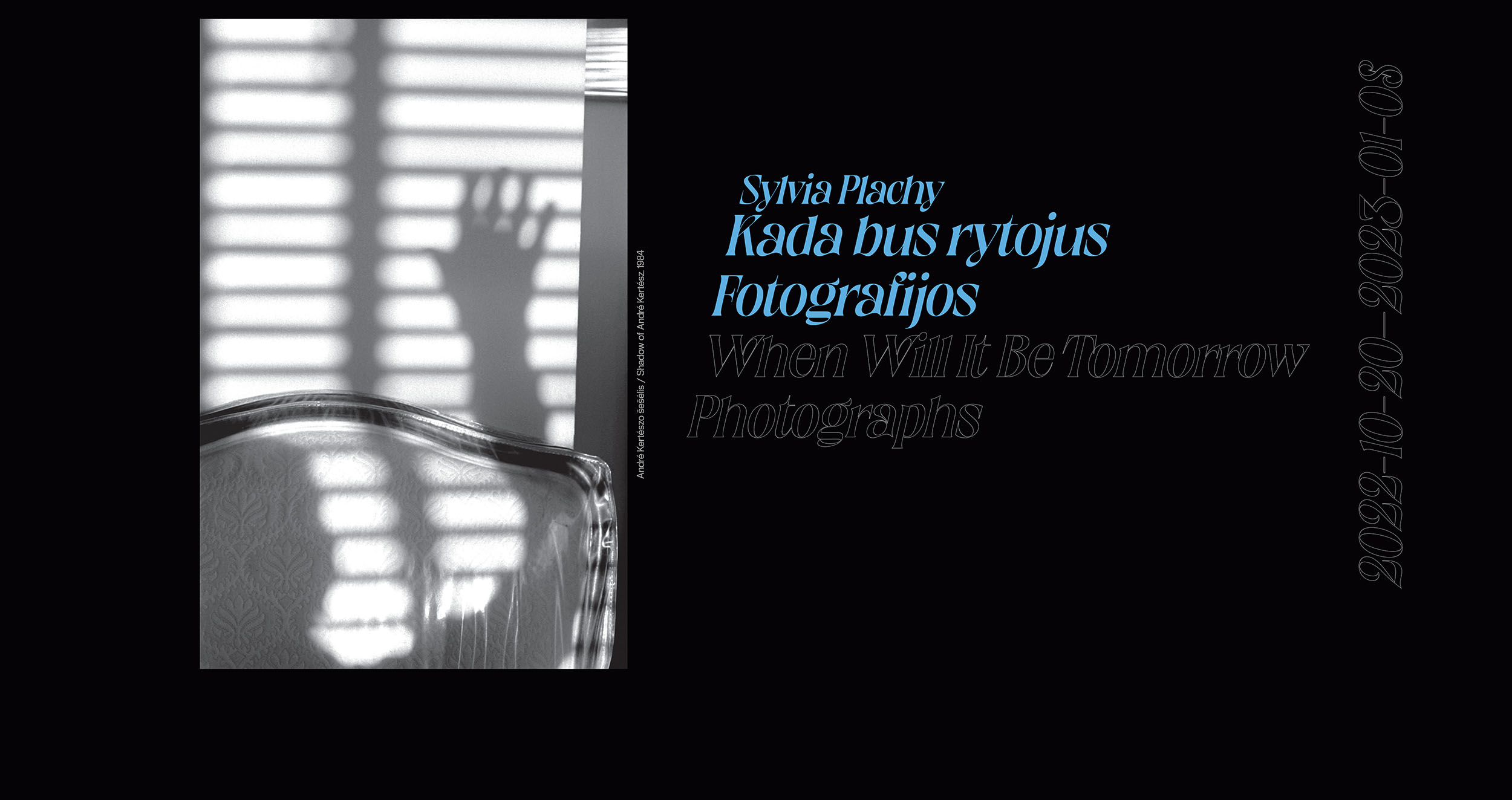 On 20 October an exhibition When Will It Be Tomorrow by Hungarian American photographer Sylvia Plachy opened at the Radvila Palace Museum of Art, presenting works depicting the culture, social life, and prominent personalities of her current home-city New York as well as places and people all over the world.

When Will It Be Tomorrow is the title of this few-decades-long creative retrospective. It is a question the artist would often ask as a child before she went to sleep, before she left Hungary with her parents and became famous in New York‘s art world. This question still remains important to this day and is the focal point of this touching exhibition, determining the poetic logic of the exhibit and encompassing the sense of multilayered time, entangling the fates of different worlds, nations and personalities.

Working for various pariodicals throughout few decades in the USA, Plachy‘s role is first and foremost the one of a chronicler. According to the author, her photographs witness the world, but does not document it. Her dreamlike photographs tell stories without words as portraits encapsulate different encounters. Very often her son, the actor Adrien Brody, would be the main figure in her work. The exhibit will contain postcards with his portraits as well as his short films.

Sylvia Plachy was born in Budapest during the Second World War. After the 1956 Hungarian Revolution, at the age of thirteen, she fled with her parents. In 1958, Sylvia and her family settled in New Jersey, and after high school she enrolled as an art student at the Pratt Institute in Brooklyn, New York. After college in the 60’s, she freelanced for magazines and newspapers. In 1974, when Clay Felker, the editor of New York Magazine and a proponent of New Journalism, bought the Village Voice, the New York City weekly newspaper, he hired Sylvia Plachy as photo editor and photographer. For eight years, she had a photography column, Sylvia Plachy’s Unguided Tour: a picture every week on the contents page, mostly without commentary. Her book of the same name, which included a record by Tom Waits, won an Infinity Award in 1990 for best publication.

Her photographs have appeared in the pages of the New York Times, Art Forum, Grand Street, Granta, Camera Arts, Vogue, Newsweek, Fortune and other journals.

Her work in The New Yorker column, Goings On About Town, was published in 2007 as a book. Her 1996 publication, Red Light, with writer James Ridgeway, was about the sex industry. She had a two-page column at Metropolis Magazine, called Signs & Relics, which in 1999 also became a book. Another publication, Out of the Corner of My Eye (2008), was the compilation of a show during PhotoEspana at the Círculo de Bellas Artes in Madrid.

Besides appearing in group shows, she has had numerous solo exhibitions, including The Call of the Street at the Whitney Museum at Phillip Morris in New York, Unguided Tour at the Minneapolis Institute of Arts, the Queens Museum, The Hungarian Connection at the Boca Raton Museum of Art and galleries in Berlin, Paris, Manchester, Atlanta, Ljubljana, Tokyo, Cluj-Napoca, Charlottesville and New York. She has participated in the international photography festivals of Arles, Madrid, Perpignan and Pingyao. Her works can be found in the Museum of Modern Art, the San Francisco Museum of Modern Art, the Minneapolis Art Institute, the Houston Museum of Fine Arts and the Bibliothèque Nationale de France in Paris, as well as in numerous private collections. In 2004, she received a Lucie Award, and in 2009, in conjunction with the Dr. Erich Salomon Award for Lifetime Achievement for Photojournalists, she had an exhibition at the Willy Brandt House in Berlin called Waiting.

Project is funded by the Lithuanian Council for Culture