Chambers of Radiance by Emilija Škarnulytė 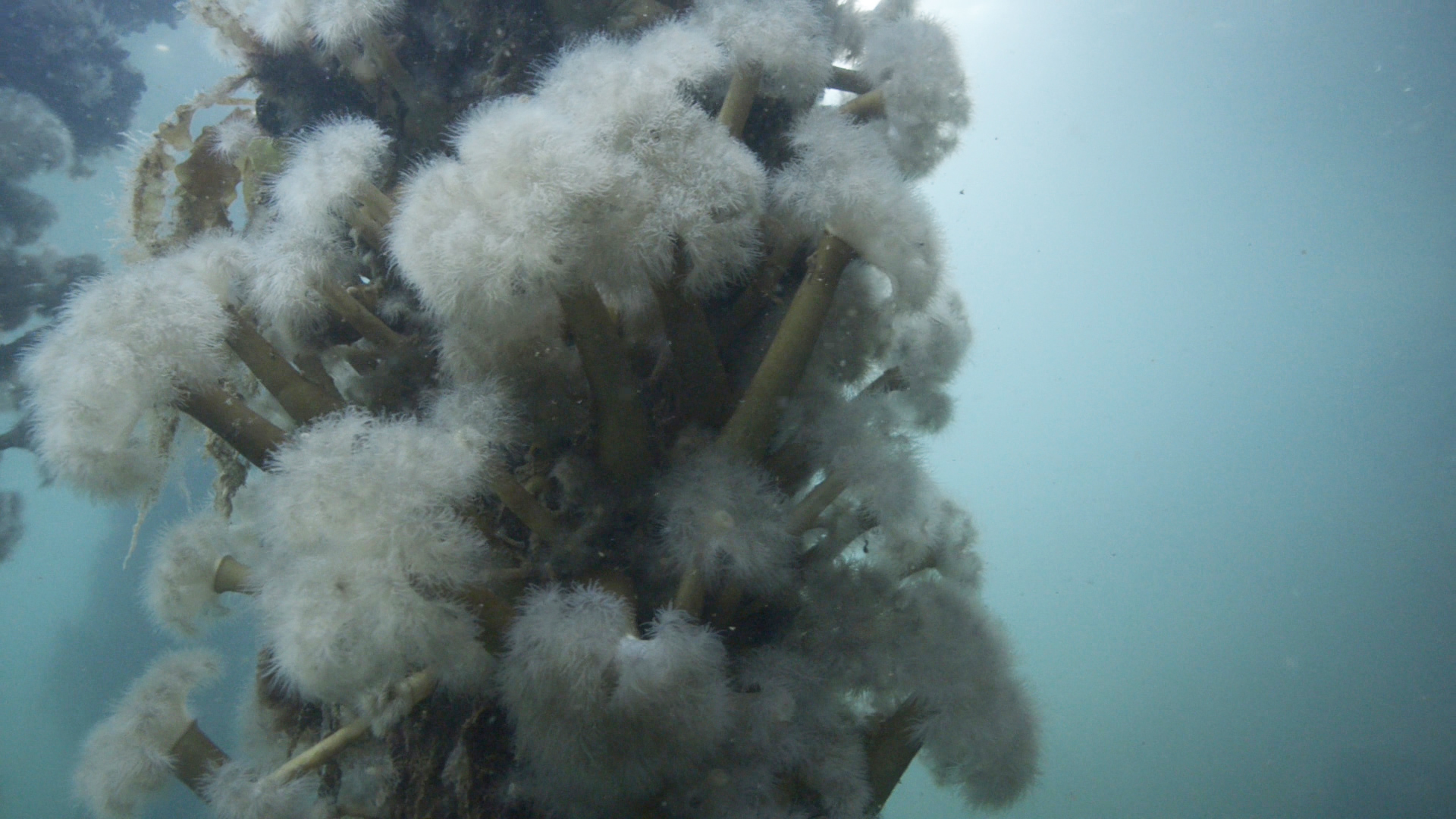 Emilija Škarnulytė’s solo exhibition Chambers of Radiance is centred on one of the artist’s most famous works, t ½, which won the 2019 Future Generation Art Prize of the Kyiv Centre for Contemporary Art. Exploring posthumanist mythology, the impressively large audiovisual installation draws attention to issues of the nature-human interface, climate change and nuclear energy – topics that are particularly relevant today.

The work t ½ is a fictional visual meditation on contemporary science from an archaeological future perspective. Reflecting on Škarnulytė’s work, cultural researcher Alison Sperling asks: “What would an alien archaeologist tell about our history if confronted with the atomic and technological ruins of the 21st century?” The exhibition invites us to experience the world through the futuristic lens of such an alien archaeologist. Part of the piece was shot in Lithuania, at the decommissioned Ignalina Nuclear Power Plant, and part in the canals of nuclear submarines in the Arctic Circle. The video also captures the Super-Kamiokande neutrino observatory in Japan and the particle accelerator at CERN in Switzerland. The installation is complemented by two works, Future Fossil I and Future Fossil II, featuring computer-graphic images of the over-the-horizon radar Duga and the neutrino observatory Super-Kamiokande.

Emilija Škarnulytė (b. 1987 in Vilnius, Lithuania) is an artist and filmmaker. Working between documentary and the imaginary, Škarnulytė makes films and immersive installations exploring deep time and invisible structures, from the cosmic and geologic to the ecological and political. Winner of the 2019 Future Generation Art Prize, Škarnulytė represented Lithuania at the 22nd Triennale di Milano. Recent solo exhibitions have been organized at Tate Modern (2021), Kunsthaus Pasquart (2021) and the National Gallery in Vilnius (2021), among others. Her films are in the IFA, Kadist Foundation and Centre Pompidou collections and have been screened at the Serpentine Gallery, The Museum of Modern Art, New York, and numerous film festivals. She is a founder and co-director of Polar Film Lab, and a member of artist duo New Mineral Collective.

The exhibition will run for at least 2 years.